Andrei Pop, A Forest of Symbols: Art, Science, and Truth in the Long Nineteenth Century. MIT Press, 2019. In A Forest of Symbols, Andrei Pop presents a groundbreaking reassessment of those writers and artists in the late nineteenth century associated with the Symbolist movement. For Pop, “symbolist” denotes an art that is self-conscious about its modes of making meaning, and he argues that these symbolist practices, which sought to provide more direct access to viewers and readers by constant revision of its material means of meaning-making (brushstrokes on a canvas, words on a page), are crucial to understanding the genesis of modern art. The symbolists saw art not as a social revolution, but as a revolution in sense and how to conceptualize the world. The concerns of symbolist painters and poets were shared to a remarkable degree by theoretical scientists of the period, who were dissatisfied with the strict empiricism dominant in their disciplines, which made shared knowledge seem unattainable. 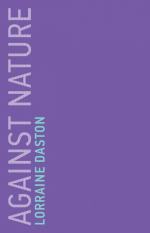 Lorraine Daston, Against Nature. MIT Press, 2019. In this short, pithy work of philosophical anthropology, Daston asks why we continually seek moral orders in natural orders, despite so much good counsel to the contrary. She outlines three specific forms of natural order in the Western philosophical tradition—specific natures, local natures, and universal natural laws—and describes how each of these three natural orders has been used to define and oppose a distinctive form of the unnatural. She argues that each of these forms of the unnatural triggers equally distinctive emotions: horror, terror, and wonder. 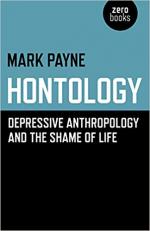 Mark Payne, Hontology: Depressive anthropology and the shame of life. Zero Books, 2018. Jacques Derrida’s Specters of Marx has had an enormous influence on recent thought about the fate of human capabilities in late capitalism, especially in Europe. Hontology explores a road not taken in Specters of Marx - the idea that shame is the route by which we access the capabilities for living that are abrogated in modernity. More particularly still, the book considers the loss of the New World as an horizon in which these abrogated capabilities were still in play, and the inhabitants of the New World as presenting forms of life before which Europeans felt shame in comparison with their own. Finally, the book discusses what might take the place of the New World now that its productive horizon of shame has receded from view. 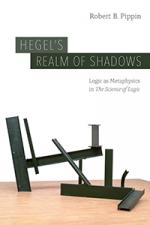 Robert B. Pippin, Hegel's Realm of Shadows: Logic as Metaphysics in the Science of Logic. University of Chicago Press, 2018. Pippin offers here a bold, original interpretation of Hegel’s claim that only now, after Kant’s critical breakthrough in philosophy, can we understand how logic can be a metaphysics. Pippin addresses Hegel’s deep, constant reliance on Aristotle’s conception of metaphysics, the difference between Hegel’s project and modern rationalist metaphysics, and the links between the “logic as metaphysics” claim and modern developments in the philosophy of logic. Pippin goes on to explore many other facets of Hegel’s thought, including the significance for a philosophical logic of the self-conscious character of thought, the dynamism of reason in Kant and Hegel, life as a logical category, and what Hegel might mean by the unity of the idea of the true and the idea of the good in the “Absolute Idea.” The culmination of Pippin’s work on Hegel and German idealism, no Hegel scholar or historian of philosophy will want to miss this book.