Daniel Watling received his PhD from the Committee on Social Thought in the spring of 2021. His research focuses on Islamic philosophy and medieval Islamic intellectual history with a focus on Muslim Iberia and North Africa.  During the 2020-21 academic year, he was a Research Fellow at the Kamel Center for the Study of Islamic Law and Civilization at Yale Law School. He is currently a Teaching Fellow in the Social Sciences teaching the core sequence “Classics of Social and Political Thought.”

He is working on a study of the theology and legal theory of Muḥammad ibn Tūmart (1080-1130), the founder of the Almohad Caliphate. The aim of this project is to show the debt Ibn Tūmart owes to developments in philosophy and legal theory from the Islamic East, as well as to establish that the Almohad movement was a unique form of Islam separate from the Sunnī, Shī‘ī, or Ibāḍī branches of Islam. In tandem with his research on Ibn Tūmart, he is preparing a complete translation of Ibn Tūmart’s extant writings collected in The Book of Ibn Tūmart (Arabic: A‘azz mā yuṭlab).

His future work will examine the shift in Islamic political thought that occurred in response to the relative failure of the Almohad Caliphate. In this project, he will analyze the writings of Ibn Ṭufayl, Ibn Rushd, Moses Maimonides, Ibn al-‘Arabī, and Ibn Khaldūn through the lens of the Almohad revolution in the practice of Islam and state administration. 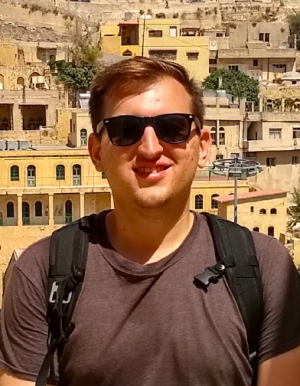