David E. Wellbery joined the faculty of the University of Chicago in 2001 as the LeRoy T. and Margaret Deffenbaugh Carlson University Professor; he holds appointments in the Department of Germanic Studies and the Committee on Social Thought. In 2005, Professor Wellbery was awarded the Research Prize (Forschungspreis) of the Alexander von Humboldt Foundation in recognition of his scholarly achievement; in 2010 he received the Jacob and Wilhelm Grimm-Prize awarded by the DAAD. He has been elected to the American Academy of Arts and Sciences, the Deutsche Akademie für Sprache und Dichtung, the Deutsche Akademie der Wissenschaften (Leopoldina), the American Philosophical Society, and is a corresponding member of the Bayrische Akademie der Wissenschaften. In 2010, Wellbery was awarded an Honorary Doctorate by the University of Konstanz. In 2012 he was the Leibniz Professor of Philosophy at the University of Leipzig. In 2019, he received the Golden Goethe Medallion from the Goethe Society in Weimar in recognition of his contribution to scholarship on Goethe.

Professor Wellbery is the founding Director of the Center for Interdisciplinary Research on German Literature and Culture at the University of Chicago. Two of his books are considered classics in the field of German literary history: Lessing’s Laocoön. Semiotics and Aesthetics in the Age of Reason (Cambridge University Press, 1984) and The Specular Moment: Goethe’s Early Lyric and the Beginnings of Romanticism (Stanford University Press, 1996). His edited volume, Positionen der Literaturwissenschaft: Acht Modellanalysen am Beispiel von Kleists “Erdbeben in Chile” (Beck Verlag, 1984), which is now in its fifth printing, has for four decades served as the principle introduction to literary theory for students of German literature. Professor Wellbery is also the editor-in-chief of the monumental A New History of German Literature, published by Harvard University Press in 2004. His most recent monographs are: Goethes Faust I: Reflexion der tragischen Form (Munich: Carl Friedrich von Siemens Stiftung, 2016) and Goethes Pandora: Dramatisierung einer Urgeschichte der Moderne (Munich: Bayrische Akademie der Wissenschaften, 2017).

Professor Wellbery has been granted fellowships from the Wissenschaftskolleg zu Berlin and the Carl Friedrich von Siemens Stiftung. Before coming to the University of Chicago, he taught at Stanford University and Johns Hopkins University and he has held visiting professorships at the University of Bonn, Princeton University, the University of Copenhagen, and the State University of Rio de Janeiro. Twice he has served on the faculty of the School for Criticism and Theory. Since 1998, he has been co-editor of the Deutsche Vierteljahrsschrift für Literaturwissenschaft und Geistesgeschichte, the most distinguished journal in the field of German literary studies. In 2006, a collection of Professor Wellbery’s essays entitled Seiltänzer des Paradoxalen: Aufsätze zur ästhetischen Wissenschaft appeared in the prestigious Edition Akzente (Carl Hanser Verlag). Together with Ernst Osterkamp, he published Deutscher Geist. Ein amerikanischer Traum (2010), the catalogue of a jointly organized exhibition at the Deutsches Literaturarchiv Marbach. 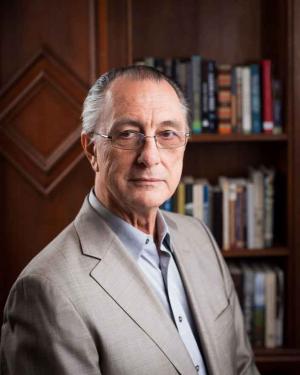