University Professor in the Department of East Asian Languages and Civilizations, the Committee on Social Thought, and the College

Professor Saussy's primary teaching and research interests include classical Chinese poetry and commentary, literary theory, the comparative study of oral traditions, problems of translation, and the ethics of medical care in resource-poor settings.

Professor Saussy’s commitment to China studies has led to the writing and editing of several books. The Problem of a Chinese Aesthetic (Stanford UP, 1993) examined the tradition of commentary that has grown up around the early Chinese poetry collection Shi jing (known in English as the Book of Songs), raising questions of intercultural hermeneutics, the theory of figural language, and the relation between literature and philosophy. Great Walls of Discourse and Other Adventures in Cultural China (Harvard University Asia Center, 2001) offered an account of the ways of knowing and describing specific to China scholarship, Chinese as well as foreign. It received the American Comparative Literature Association’s Wellek Prize in 2018. Chinese Women Poets, An Anthology of Poetry and Criticism from Ancient Times to 1911 (edited with Kang-i Sun Chang, Stanford, 1999), demonstrates the changes in the Chinese poetic canon wrought be the inclusion of female (and pseudo-female) writers. Sinographies: Writing China (edited with Steven Yao and Eric Hayot, University of Minnesota Press, 2005) collects several examples of writing that is ambiguously situated between being about China and about something else—what one might call interculturally unreliable narration. Chinese Walls in Time and Space (with Roger des Forges, Chiao-mei Liu and Gao Minglu, Cornell Asia Center, 2009) gives the figure of the wall, an image that is often taken as a synecdoche for China, a longterm historical review and a many-sided theoretical analysis. An eternally controversial Ming-dynasty thinker, Li Zhi, is the subject of a volume of translations and commentary edited with Rivi Handler-Spitz and Pauline C. Lee, A Book to Burn and a Book to Keep (Hidden) (Columbia University Press, 2016).

While engagement with China is primary, Professor Saussy recognizes that understanding any culture arises from comparison with other times, places, belief-systems, political orders, and forms of communication. Comparative literature, he feels, is the place in the modern university where this activity finds its natural home. From this methodological starting-point grew Comparative Literature in an Era of Globalization (Johns Hopkins University Press, 2006), an edited collection beginning with a long essay about the history and challenges of comparative literature as a discipline. One of the great comparative linguists of the last two hundred years, who also reflected deeply on method, was Ferdinand de Saussure. Together with Perry Meisel, Saussy has produced a new edition of the Wade Baskin translation of Saussure’s Course in General Linguistics (Columbia University Press, 2011) that rectifies many flaws in the earlier printings and sets Saussure in a wider context, including rediscovered manuscript materials.  Are We Comparing Yet? (Bielefeld University Press, 2019) foregrounds the functions of comparison in pluralistic societies, including but not limited to comparative literature’s professional discourse.

Modernist poetry is one of the artifacts that has taught us how to respond to different cultures, Chinese in particular. This angle on modernism led to a critical edition of the manifesto of the Imagist movement in American poetry, The Chinese Written Character as a Medium for Poetry, by Ernest Fenollosa and Ezra Pound (edited with Jonathan Stalling and Lucas Klein, Fordham University Press, 2008).

An infrastructural, media-based approach to the history of a literary genre (epic) and to collective memory is the wager of The Ethnography of Rhythm (Fordham University Press, 2016). This book shows how over many centuries the concepts of oral, writing, and the poetic were intertwined, often reversing their prior meanings as the shifts of argument and the development of techniques demanded. It also shows the dependence of major twentieth-century media theorists on an unarticulated concept of the “oral” as the ground upon which media are built as superstructures. This book was recognized by the Modern Language Association for the Scaglione Prize.

Translation is unarguably the basis of intercultural comparisons of all kinds, and yet translation, too, periodically requires rethinking. Translation as Citation (Oxford University Press, 2017) drags out of the shadow the frequently indispensable mediation of a “sponsor text,” which acts as the model for a translation though it may never be mentioned by the translator, and was usually unknown to the author being translated. The early Chinese skeptical thinker Zhuangzi, who often brings to mind the risky, unverifiable truth of translations, served as a model for the writing of many generations of translation into Chinese, among them the representation of Indic thought, of Counter-Reformation Christianity and of Baudelaire. This book received the American Comparative Literature Association’s Wellek Prize in 2018.

As translator, Saussy has produced English versions of Tino Caspanello (a collection of whose plays is forthcoming from Editorial & Spettacolo) and Jean Métellus (When the Pipirite Sings: Selected Poems, Northwestern University Press, 2019).

Partner to the Poor: A Paul Farmer Reader (University of California Press, 2010) is a collection of writings by a noted physician, activist and designer of global-health initiatives. Most were previously published in medical or anthropological journals, and here receive an introduction and punctual annotation stressing their contribution to an ethics of medical care that refuses to take scarcity and trade-offs as givens. As Hannah Arendt put it, “the right to have rights” is the most sharply contested issue under dictatorships. Building on Farmer’s advocacy for free, public, high-quality medical care in regions previously left at the mercy of despots and pathogens, Saussy’s introduction points to “the right to claim rights” as the fulcrum of vulnerable populations’ resistance to the dictatorship of the market.

Co-editor and translator, with Rivi Handler-Spitz and Pauline Chen Lee. A Book to Burn and a Book to Keep (Hidden): Selected Writings of Li Zhi (1527-1602). New York: Columbia University Press, 2016. 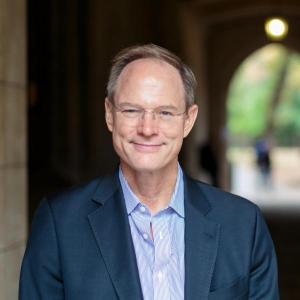