Konrad Weeda is a scholar of Latin literature and the history of political thought. His undergraduate training was in classics at the University of Chicago (2011), where he subsequently received his PhD from the Committee on Social Thought and the Department of Classics (2019). His research examines the intersection of literary criticism and political thought (broadly defined) in Rome under the late Republic and early Empire. He is currently working on a book manuscript “Imagined Languages and Forms of Life: Horace Reads Virgil”, as well articles on the political thought of Pliny the Younger, the first steps in a second book project on criticism, rhetoric, and politics in the writing of authors including Pliny, Tacitus, Petronius, and Fronto. In his current appointment as a Teaching Fellow in Social Sciences he teaches in the core sequence Classics of Social and Political Thought. He has also taught Latin and Greek, as well as the senior thesis seminar in Classics. 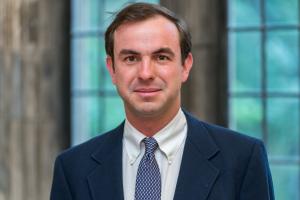