Visiting Professor in the Committee on Social Thought

Laura Slatkin's research and teaching interests include ancient Greek and Roman poetry; wisdom traditions in classical and Near Eastern antiquity; gender studies; anthropological approaches to the literature of the ancient Mediterranean world; and cultural poetics. Her recent course offerings have included: “Ancient Greek and Near Eastern Wisdom Traditions;” “Ancient Reflections in a Time of Modern War;” and “The Iliad and its Legacies in Drama.” Professor Slatkin has published articles on Greek epic and drama and her book The Power of Thetis and Selected Essays was published by Harvard University Press in 2011. She has served as the editor in chief of Classical Philology, an international journal in the field of classics, and was the co-editor, with Greg Nagy and Nicole Loraux, of Histories of Post-War French Thought, Volume 2: Antiquities (New Press, 2001). She held a 2007 fellowship from Columbia University Institute for Scholars in Paris, a 2009 fellow at the Liguria Study Center for the Arts and Humanities in Bogliasco, Italy, and a 2015 GRI Fellow at NYU-Florence. She is currently collaborating on a study of the reception of Homer in British romantic poetry. Professor Slatkin has been invited to present her work at the Ecole des Hautes Etudes in Paris and the Max-Planck-Institut für Wissenschaftsgeschichte in Berlin, among other places. Before joining Gallatin, Professor Slatkin taught at the University of California at Santa Cruz, Yale University, Columbia University, and the University of Chicago, where she received the Quantrell Award for Excellence in Undergraduate Teaching. In 2012, she was awarded an NYU Distinguished Teaching Award. She is visiting professor in the Committee on Social Thought at the University of Chicago.

She published a “Nostos, Tisis, and Two Forms of Dialogism in Homer’s Odyssey,” which she co-authored with N. Felson, in Proceedings of the 12th Symposium on “Revisiting the Odyssey:” Crime and Punishment in Homeric and Archaic Epic (Ithaki: 2015). 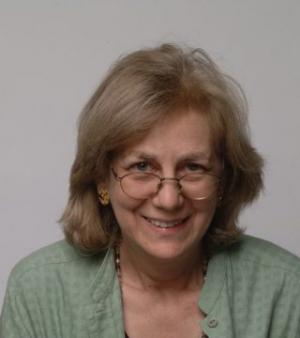